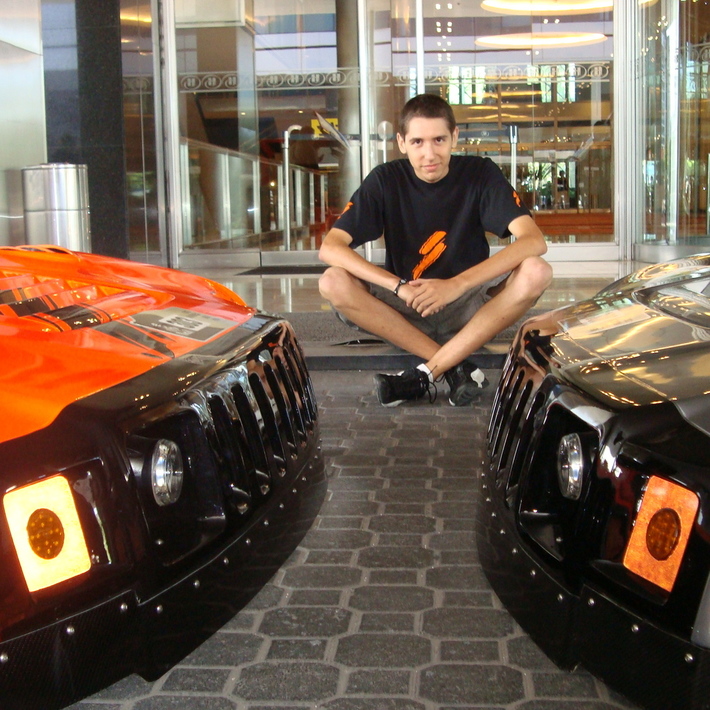 Hi guys, now its official, we have the RG fans club for Latin people and everybody who speaks spanish. I hope it can be as big as Planet Robby someday but we need to get all the latin fans on one…Read More

Hello everybody! me again from Argentina, i have been following RG's for the hole year so i want something because its the last time Dakar is here in Argentina. I just want to know when the team is…Read More

Today, Matias Sanchez, member of the RGM, confirmed that the Dakar 2011 is going to be at Argentina and Chile!Yeah! This year i will follow the Team everywhere i can!Read More

My dream, as a young argentinian boy, is to have something of Robby or Andy, i go to the 2009 dakar, to the bivouac of San Rafael and ask them for some present or a t shirt or something, but they…Read More

When did you become a Robby fan ?
When i saw him driving at Dakar.

What type of racing do you like ?
Dakar, Nascar, Off-Road, Monster Truck, Indy, Yes

Franco! You enjoy the rest of the rally?
Got a favor to ask, check out my Shorty awards thread, & pimp it to all your South American friends. WE can get Robby, planetrobby, & "Head Held High", ya know, Kevin an award for their social media contributions, & spread the word on SPEED at the same time. I'll paraphrase the ol' "If you build it, they will come" line with "If you pimp it, they will vote". Thanks in advance to RG's most dedicated South American fan!

Hi Franco, I tag'd your photo's, Great shots ,they have a passion,Thanks again for sharing.

Hi Franco, I'll try to add 'tags' to your photo's tomorrow.Thanks for the add

You are a PlanetRobby celebrity. The Biggest Fan Congrats on catching up with the team. Have fun! Can't wait to see your pictures again this year.

Franco Carnero said…
Thanks at all! Gracias a todos!