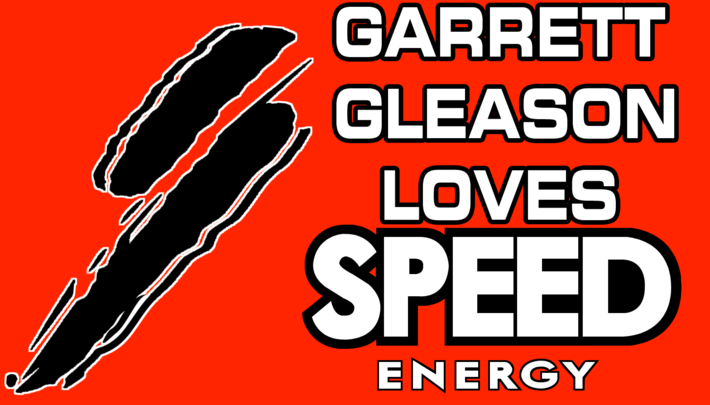 Anyone here have a friend that works at the Taylor, PA Post Office?

When did you become a Robby fan ?
In 2003 I saw him win Infineon, then i became a fan because of the way he drove. Then he won on August 10th, my brothers birthday at Watkins Glen which made me late for the party but I was hooked.

What type of racing do you like ?
Hell No!

DISCLAIMER: THIS BLOG REFLECTS ONLY THE OPINION OF THE WRITER: GARRETT GLEASON AND DOES IN NO WAY REFLECT THE OPINIONS OF ANYONE AT ROBBY GORDON MOTORSPORTS. ALSO, ALL COMPANY NAMES HAVE BEEN REMOVED FOR CONFIDENTIALITY. LASTLY, THIS IS NOT A COMPLETE DAILY JOURNAL, AS SOME STORIES MAY OF HAD TO BE EDITED OUT TO ADDRESS PRIVACY CONCERNS. I REFUSE TO INCORPORATE ANYTHING SAID IN THE TEAM HAULER, PIT ROAD, OR AIRPLANE IN THIS JOURNAL, AS I BELIEVE THEY ARE OFF LIMITS. IF ANYONE FROM RGM HAS AN… Read More

Who was Best RGM Crew Chief? The numbers may surprise you...

So, I'm sitting here after the frustration that was Indy, and I decided to crunch some numbers to see who has been the best crew chief performance wise Robby has ever had. I only included results that racing reference listed as RUNNING.

1. The best was Mean Gene Nead.
14 races(running) with RGM - Average Finish of 22.7 including a top 5 at Watkins Glen and a 10th at Dover. Gene seemed to be a master with the COT and seemed to be the only guy that didn't let Robby try to be Rusty… Read More

Reasons why Robby should go to Montreal.

Last year many of us witnessed a tragedy. Our boy Robby was about to win his first Nascar race of any kind since 2004. That seemed likely to occur until he was spun under yellow by the #59 Ford of Marcos Ambrose. So, Robby decided to be Robby and line up 2nd despite what Nascar told him and wreck Ambrose and proclaim that he had won the race. He then continued to do burnouts as the race winner. That was all funny as hell, but the fact was that Nascar said Robby did not win the race, and they… Read More

Sarah said…
Just roaming around the planet in the wee hours of the morning. Thought I would post a hello and see how you are. Been a bit since I have heard from you. Hope all is well. Have a great week!!

Sarah said…
Hey! I see we are both getting into the "Speed mood". Not a big Dodge fan, but if it helps Robby I won't knock it.

Sarah said…
Understood on the avatar. I have one similar on another racing site. I was raised in a GM town and I drive 2 older ones from back in the days when they were made in the USA! However, I work more closely with Toyota, and I have to say, the two companies are night and day difference. Toyota is just so much more friendlier and helpful.
I am hoping Robby stays with Toyota or goes with Chevy. Otherwise, I can't display any of his stuff at work. Really took a ribbing when he was with Ford.
Not much to report on my end. Knock on wood, my area (west of DC) has missed the snow and other bad weather so far this winter. Only one bad day when we had 4 inches, but it melted pretty quickly. Going to be up in the 50's this weekend! Yeah as I HATE winter! How are things your way? How is school?

Sarah said…
See the new profile pic. Does that mean you and I have to be enemies now?? lol!
Hoping if Robby changes, he goes with Chevy!
Also hope all is well your way and you are keeping warm in this crazy weather.

chase said…
I need a huge favor with NR2003. I will send you 5-6 .car files that I need exported from within the game and then the .tga files emailed to me so I can use those to make decal sheets for a few custom diecasts. I will be happy to repay the favor somehow. I would greatly appreciate this.. I no longer have my copy of the game or I'd do it myself.

Sarah said…
Hey Garrett! Saw you were online too so I thought I would stop by and say hello! Not much going on my way, but that could be a good thing if you know what I mean. Hope all is well with you! Have a great weekend.

Scott B said…
hey garrett, i know i asked a little while back...but have you gotten templates for the nationwide cot yet?

Elliot Hicks said…
Wow you live in old forge and go to university of scranton! I live only about an hour from there!