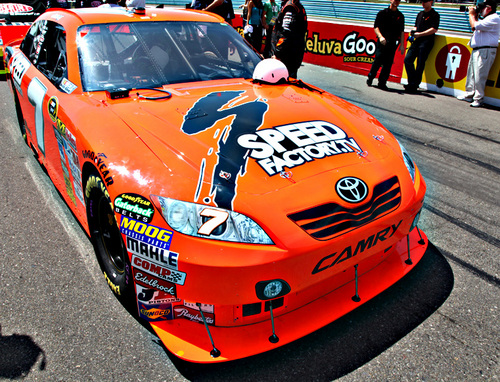 Indy Car returns to Las Vegas with a twist
54 Replies

Indy car announced today that the series will return to Las Vegas this year for the season finale. Also if a non regular Indy Car driver wins the race the driver will get 5 Million dollars!! I don't…Read More

From Jayski : Robby back to Chevy: #7-Robby Gordon says the Chevy-to-Indy move is just perfect for him, and he says he'll be a part of the new Chevy Indy operation. Gordon is preparing to run next…Read More

Dont know how many of you guys are into Video Games but Activision and Eutechnyx announced that they are creating a new game that is due out in February. This is the frist game in 2 years with the…Read More

When did you become a Robby fan ?
Because he is a true racer and doesn't take shit from anyone