Haven't seen a discussion started for it yet.. maybe that means I'll be the only one there??

If anyone else is going and wants to meet up for a drink or two (or wants info on Toronto; I used to live there and know a lot about the city), share a comment.

Permalink Reply by Xracer on July 14, 2013 at 9:19pm
SST got a little love on eye candy during Windtunnel 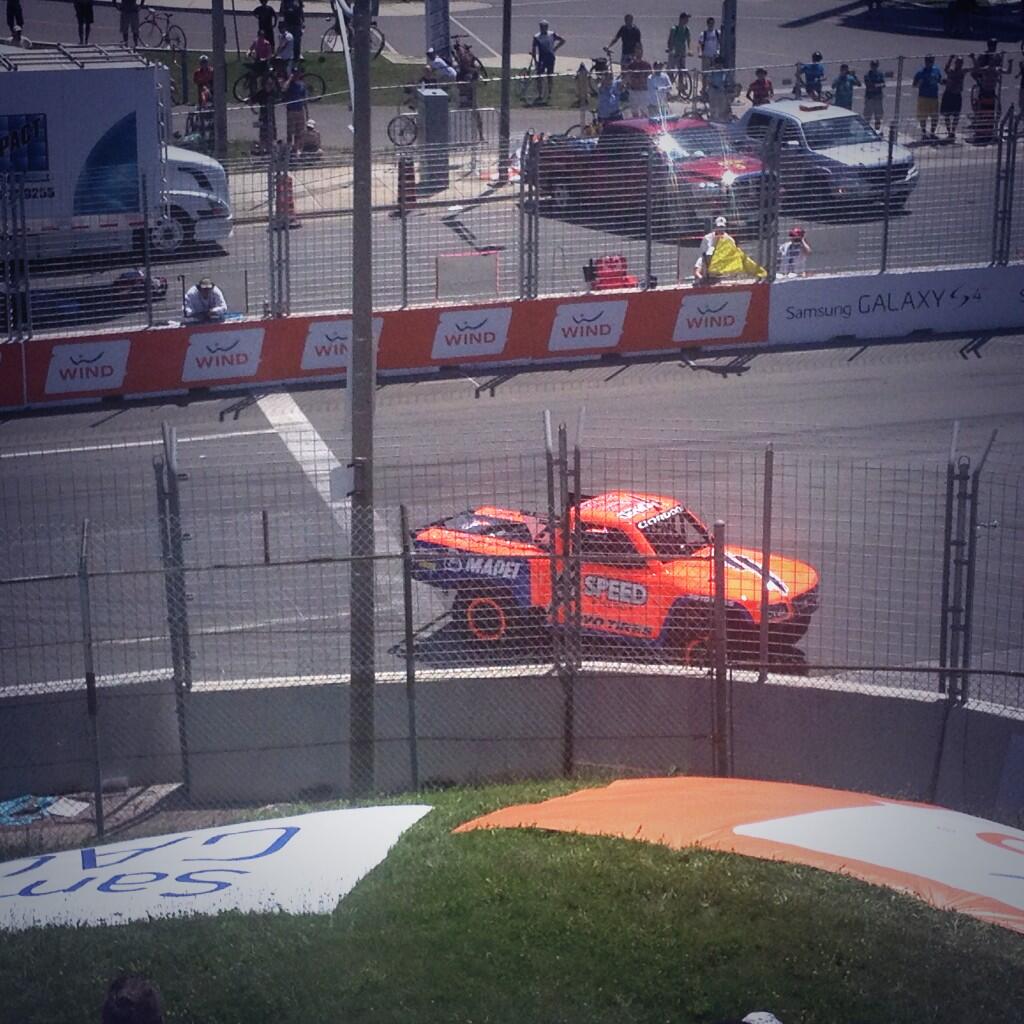 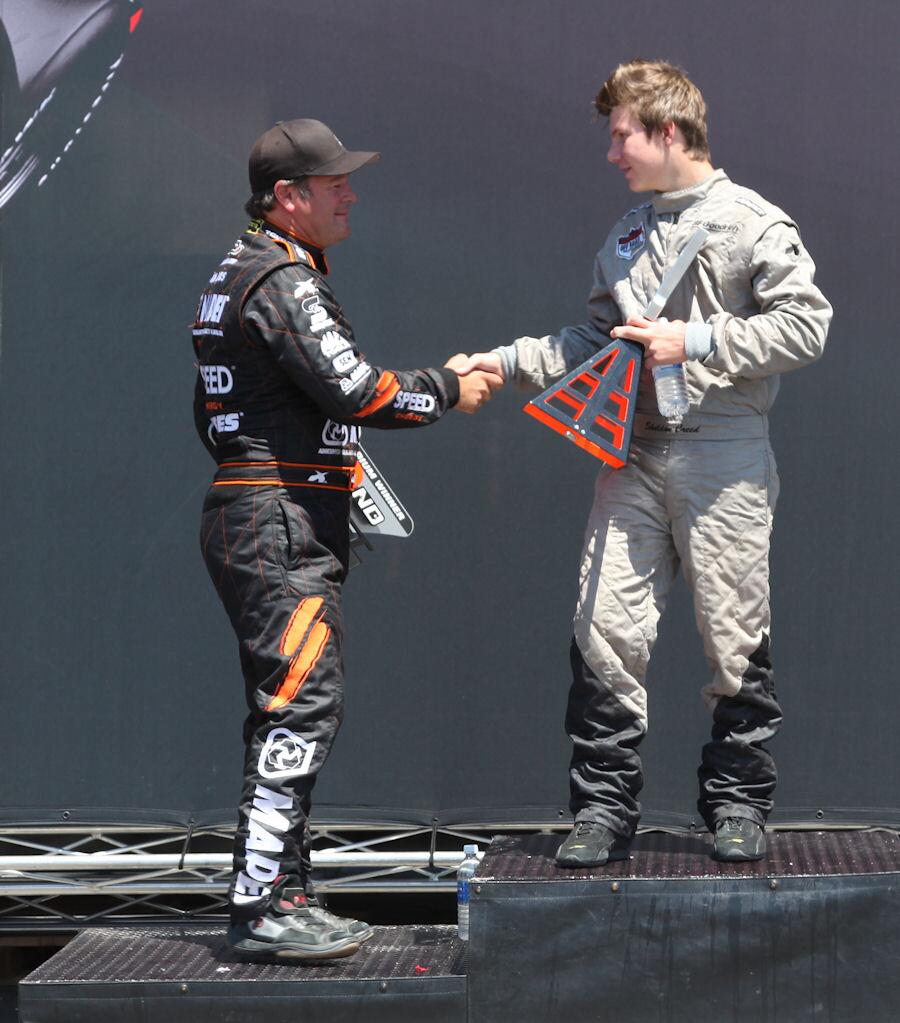 Yes, the kid is the real deal, the little shit doesn't have a driver's license yet ;-)

I have a bunch of pictures from the past 2 days of SST.Ill get to posting them tomorrow.

But for now I will say that the 2 days of racing were awesome. I loved it, the crowd loved it and I saw a lot of SST/Speed Energy gear this weekend, including my own additions!

Was this a setup for Skydome next year?? If so, it might have worked.

Permalink Reply by mj on July 15, 2013 at 2:10am
Hasn't been called Skydome for yrs bud lol . But yes I hope it does set up an event there . Its now called the Rogers Center , same building just new name .

According to the email press release these races will be aired on nbc sports network. Is that true?

Permalink Reply by Mike Kenyon on July 15, 2013 at 10:23am
TOG made reference to that that,dates unknown currently

As gorgeous weather conditions surrounded the Toronto area for the second day in a row, the encore presentation of SPEED Energy Stadium SUPER Trucks took to the temporary constructed street course of the Honda Indy Toronto for Round No. 8 of competition.

The starting line-up for the 8-lap SST Final would be determined by a complete invert of the fastest times from Saturday’s Round No. 7. After the inversion Toronto, native, Paul Tracy would find himself starting from the pole position to the inside of Scottsdale, Ariz., driver, P.J. Jones.

As the green flag flew, Tracy driving the No. 3 SportsNet truck would quickly jump out to the early lead but would relinquish it soon after to Jones in the American Racing Wheels truck. Third starting Creed would also move past Tracy and settle behind Jones setting up a fierce battle between the two.

Creed would maneuver past Jones on Lap-3 as the two navigated through the jump section of the 1.75-mile course. Falling in line behind Creed, Jones would constantly apply pressure bumping and banging into the back of the No. 74 Traxxas truck.

Justin Lofton of Brawley, Calif., would capitalize on the caution flag on Lap-4 as the Lofton Cattle No. 6 was on the move over taking the third spot from Tracy. Nothing could stop Creed, as he would pull back away from the field on cruise control.

Trouble would find the first place starter Tracy on Lap-6 as he made heavy contact with the wall, causing severe damage to the SportsNet truck ending his return to racing in front of the hometown fans.

Lap-7 trouble would strike third running Justin Lofton as he would encounter a loss of motor performance, resulting in the surrendering of multiple positions.

The No. 7 SPEED Energy truck driven by Robby Gordon would make his presence known on Lap-7 moving into the top-3, recovering from in an early race spin.

In convincing fashion Creed, would go on to secure his name in the record books as the youngest winner in SST history. Robby Gordon would cross the finish line a distant second while Davey Hamilton would grab his first podium finish rounding out the top-3.

After the race Creed commented on winning his first SST Victory:

“Getting my first SST win, I have been searching for this for awhile. Starting third I knew I needed to get away fast. It just wanted to run away from the pack, I did not want to get into the whole bumping and rubbing. I knew if I got in front of P.J. he was going to give it to me today, and he did. I looked in the mirror, and I was waiting for it, and he finally hit me we both ended up spinning out. P.J. and I were so checked out it ended up working out good. On the restart, he was right there again bumping me and pushing me all the way down the straightaway."

"My strong part of the track was the jumps. It is where I could catch them every lap and just send those things. My weakest point was the back, so I knew if I was going to pass him it was going to have to be in front, and I made it happen!” Stated the young, Creed.

NBC Sports Network will broadcast SST Rounds No. 7 and 8 from the Honda Indy Toronto in the upcoming weeks. Exact date and time is yet to be determined.