Haven't seen a discussion started for it yet.. maybe that means I'll be the only one there??

If anyone else is going and wants to meet up for a drink or two (or wants info on Toronto; I used to live there and know a lot about the city), share a comment.

TORONTO (July 13, 2013) – Justin Lofton with stood a mid-race battle with Robby Gordon on the way to capturing his second SPEED Energy Stadium SUPER Trucks win of 2013 in the Honda Indy Toronto.

As near perfect weather conditions invaded Toronto, ON., the highly anticipated Round No. 7 of SPEED Energy Stadium SUPER Trucks took to the temporary constructed street course of the Honda Indy Toronto for race one of the doubleheader event weekend.

The starting line-up for the 8-lap SST Final would be determined by a complete invert of qualifying times from Saturday morning practice. At the conclusion of the 8-minute practice session, Sheldon Creed would navigate through the 11 turns and over the four metal jumps of the 1.75-mile course the quickest of the 8 competitors with a lap of 1:33:209, over a second faster than second place, P.J. Jones with a 1:34:658.

As the green flag flew in front of a jam-packed grandstand, Davey Hamilton subbing for the injured Jimmy Vasser and SST Championship Points Leader Rob MacCachren would pace the field from a standing start. Hamilton would jump out to the early lead ahead of MacCachren. However, the trucks of Townsend Bell, Justin Lofton and Robby Gordon wasted no time moving to the front passing truck after truck.

Trouble would find the first place starter Hamilton at the completion of Lap-1 as the motor would expire on the No. 12 Traxxas truck ending his race early. Third starting Bell would lead the first two laps before the hard charging Gordon in the SPEED Energy No. 7 would take command on Lap-3.

A restart on Lap-4 bunched the field back up, setting up a tremendous duel between Gordon and Lofton for the lead. Gordon and Lofton would alternate positions through multiple corners driving the tires off the SST trucks, literally as Gordon would make contact with the outside retaining wall puncturing a hole in one of his Toyo Tires.

Lofton, driving the Lofton Cattle No. 6 would go on to secure his name in the record books winning his second SPEED Energy Stadium SUPER Trucks race of the year. Lofton was followed to the finish line by second place finisher MacCachren, with Creed rounding out the podium.

After the race Lofton commented on winning SST Round No. 7:

“It’s awesome to be here in Toronto, I have always dreamed about racing on IndyCar tracks like this and I finally get to do it. I want to say thanks to all the fans for coming out and checking out these SST trucks.”

“Being able to race to race head-to-head with Robby (Gordon) has always been a dream of mine. I’ve been waiting for a battle like this to happen between Robby and I for quite sometime,” Stated Lofton “I’m so glad I came out on top.”

SPEED Energy Stadium SUPER Trucks Round No. 8 will take place Sunday afternoon at 2:15 PM ET just prior to the green flag of the IZOD IndyCar Series Honda Indy Toronto Finale.

Round No. 8 will be aired live on SportsNet Ontario and SportsNet 360 at 2:15 PM ET. Please check your local listings for channel.

Going to be interesting to see Tracy out there today. Bummed that it won't be on TV in my area but, both Saturday's and today's races will be available for viewing next week on the SST site. Wonder if the guys picked up any tips from yesterday.. I bet RG will race Lofton a little differently ;) 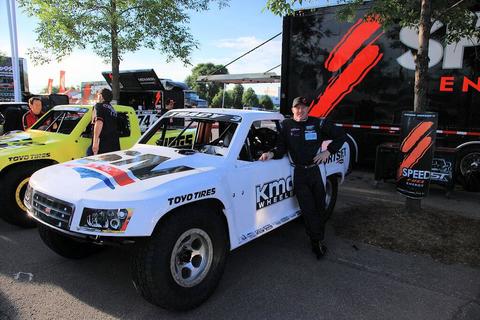 Canadian Paul Tracy (@paultracy3) will start first in today's @SSuperTrucks race at #2inTO - up next! 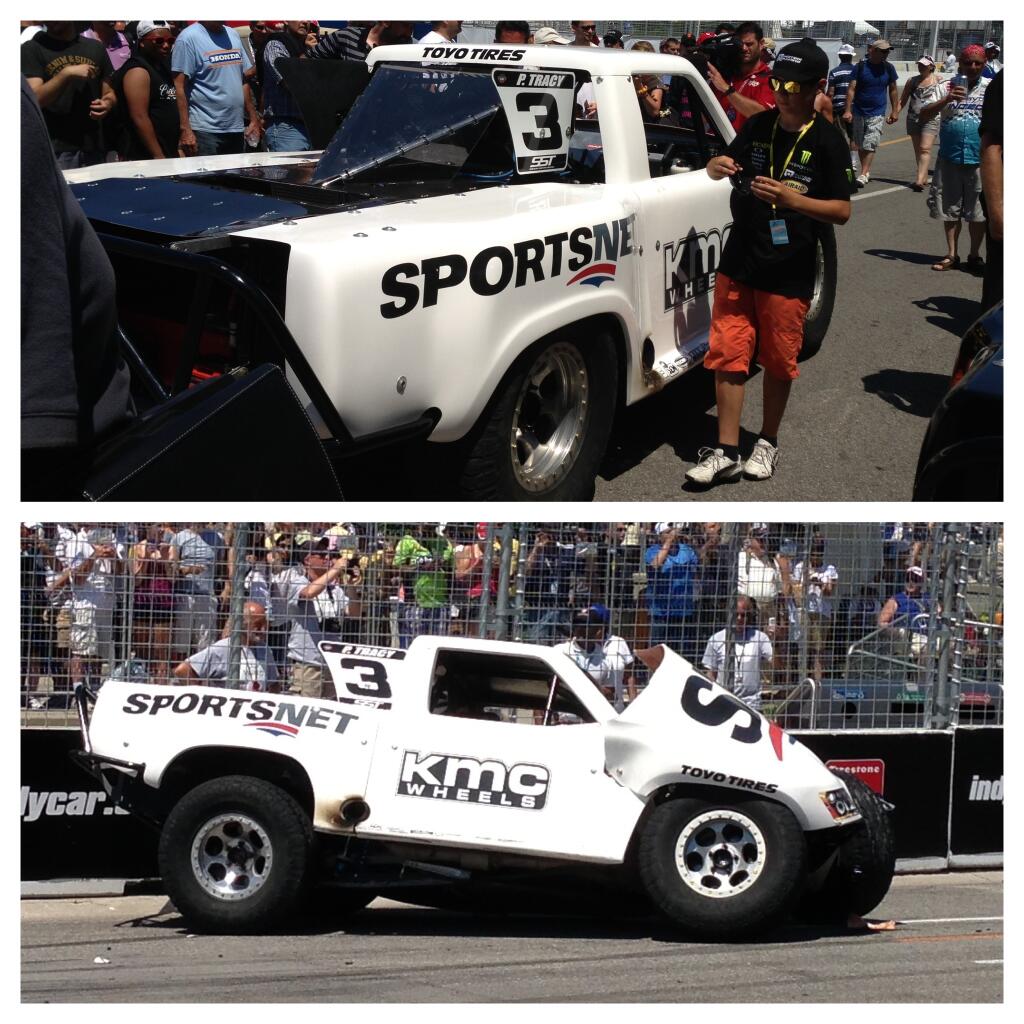 before the truck was hurt 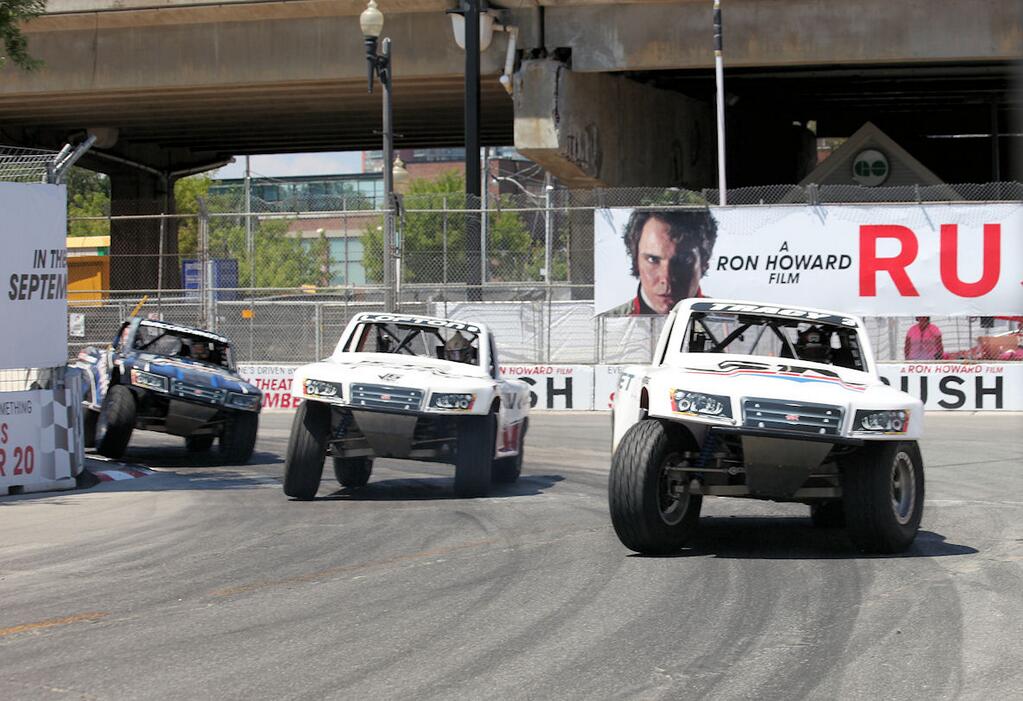 Maybe the SSTruck faired better than Paul? Looks like bolt on parts needed only 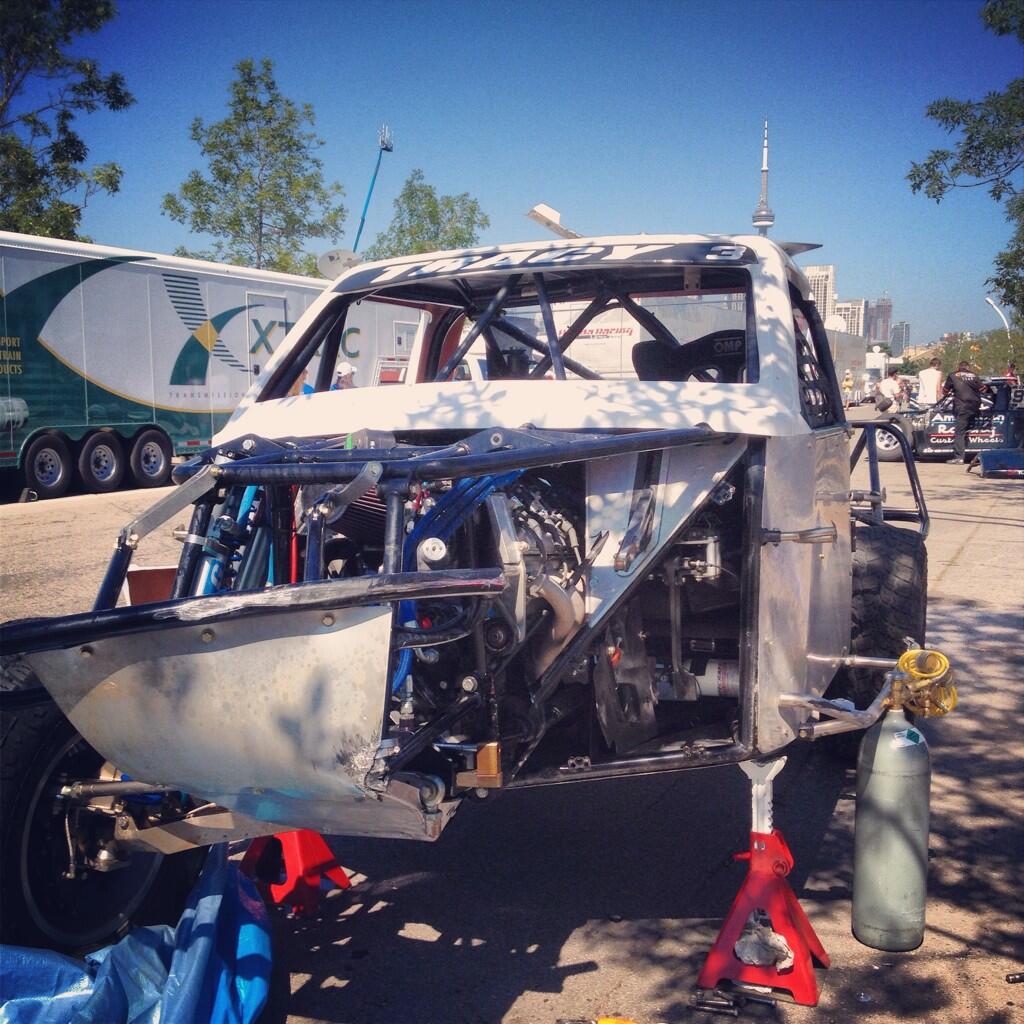 ouch any detail on how it happened? after a jump? did he under steer into a wall? i was hoping they were safe out there i knew it would be a lot more high speed but im sure sst techs tightened up the suspensions abit for the high speed turns and whatnot.hope Paul is ok.