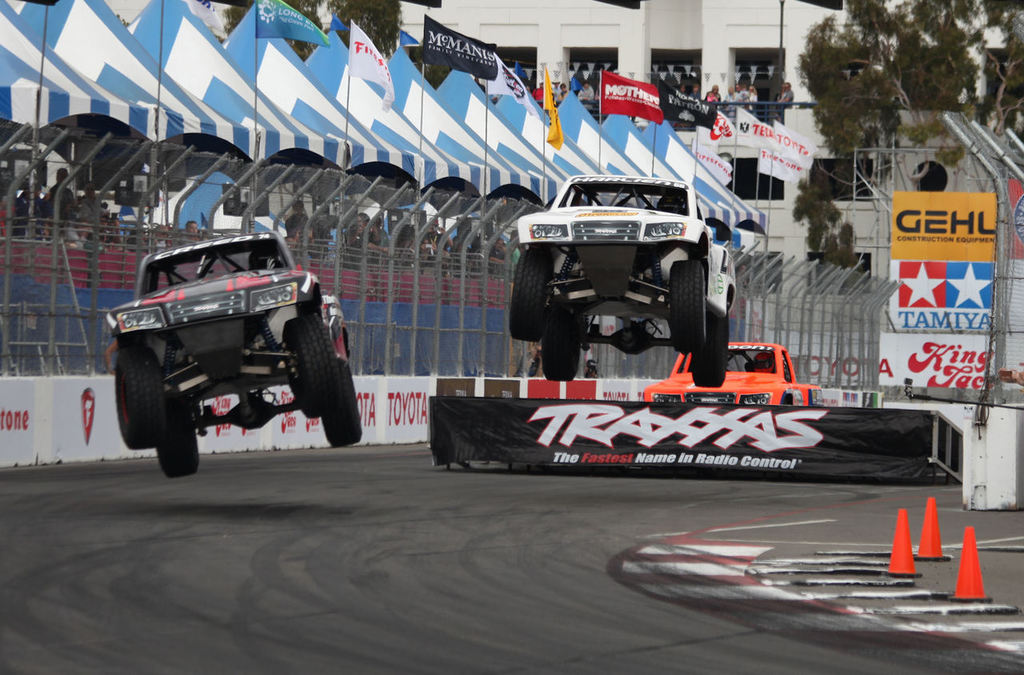 Long Beach, Calif. (April 13, 2014) – As the Citgo truck of Venezuela’s E.J. Viso and the TRAXXAS-sponsored truck of Sheldon Creed slammed each other heading into the final lap of the SPEED Energy Formula Off-Road Presented by TRAXXAS race at Long Beach, Robby Gordon watched the two leaders through his front window and inherited the win as both drivers took themselves out of contention.

The race was the IndyCar veteran Viso’s to win, as he led the most laps in his first-ever SST race. Creed, 16, always fast and aggressive, challenged Viso rather than be content to finish second, which resulted in the hard contact between the drivers.

Gordon’s SPEED Energy/HD Supply truck became the unlikely winner after not being much of a factor throughout.

“I saw what was going on in front of me and it was cool to see two great young drivers going hard and putting on a great show for the fans,” Gordon said. “That’s what’s great about these trucks – we can beat and bang and keep going which is what the fans want to see. It was great to have E.J. a part of the series and we know Sheldon is going to a great driver and one to keep an eye on for many years.”

After the dust up between Creed and Viso, Creed fell back to fourth behind Jones, and on the race’s final turn – a 180-degree hairpin – Creed took an aggressive inside line and dove hard inside his TRAXXAS teammate’s truck and slammed Jones, driving him out of the racing lane and coming back to finish third.

“Had to do it,” Creed said. “Last lap and I saw an opening and had to take it. That’s what makes these trucks so awesome.”

“Well, I guess he had to take the chance,” Jones said. “We’ll do this again and I’m sure I have an opportunity to make a pass like that on him somewhere down the road.”

The massive Long Beach-crowd was on its feet and yelling throughout the race. As truck after truck pounded the road circuits tire barriers and keep on moving, the crowd’s enthusiasm grew. Jerett Brooks, twice a podium finisher in the season’s first two rounds in St. Petersburg, suffered the hardest hit of the race as he stuffed his Synergy Electric truck into the turn-8 tire wall, then drove off to the delight of the fans surrounding the 1.96-mile 11-turn circuit.

The race from Long Beach will be seen on NBCSN on May 2 at 10:30 p.m. PST. The first two rounds of the Formula Off-Road Presented by TRAXXAS will be seen this Thursday at 10 p.m. PST on NBCSN.

The next stop on the 2014 series schedule will be in Indianapolis, Ind. May 23. 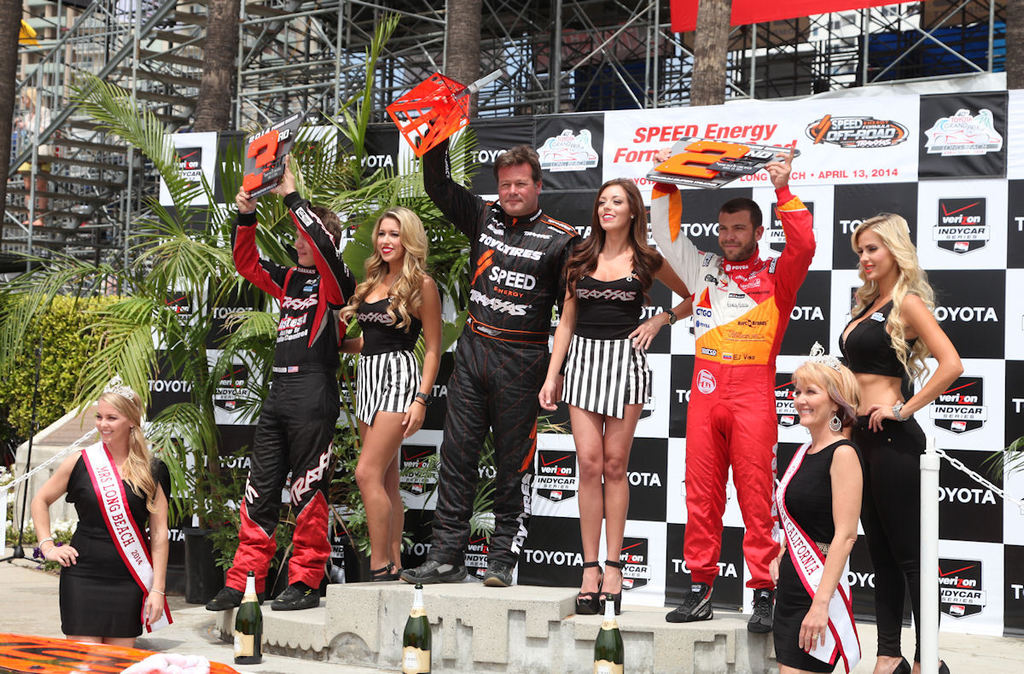 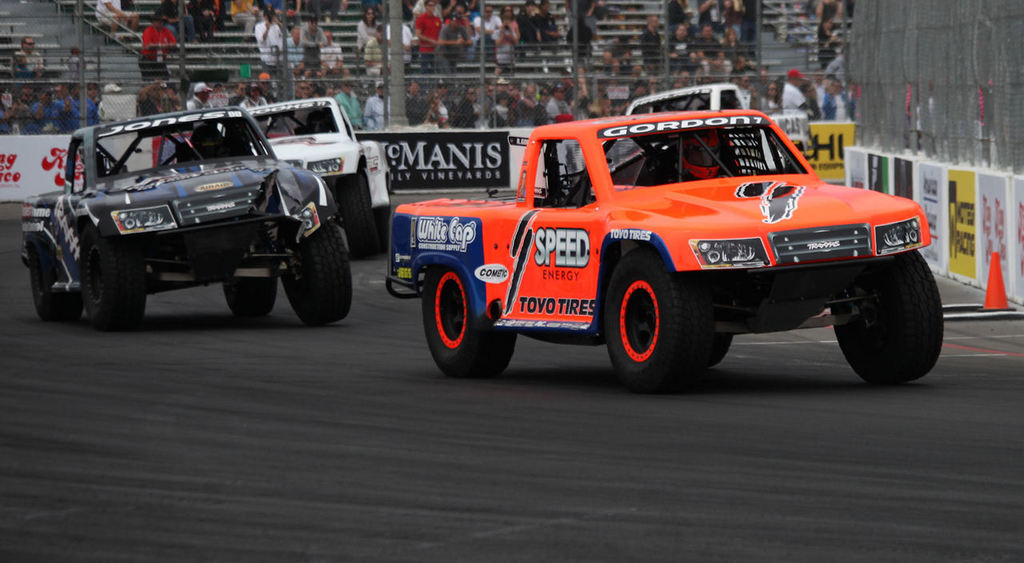 Awesome race. Packed house. Live stream (way to knock it out of the park TOG). What more could you ask for?

Although it's tough to top Robby flipping over and driving off without missing a beat on his way to the title in Vegas last year, overall that was the best SST race to date, in my opinion, in terms of the actual racing. Great back and forth action with Creed and Viso late, trucks bouncing off the tire barrier and continuing on, Creed and PJ mixing it up in the last turn, and RG driving up from towards the back to steal the win. And the jumps. The NBC Sports broadcast will be a must see. Kudos on the live stream. Helps with exposure/series excitement, for sure.