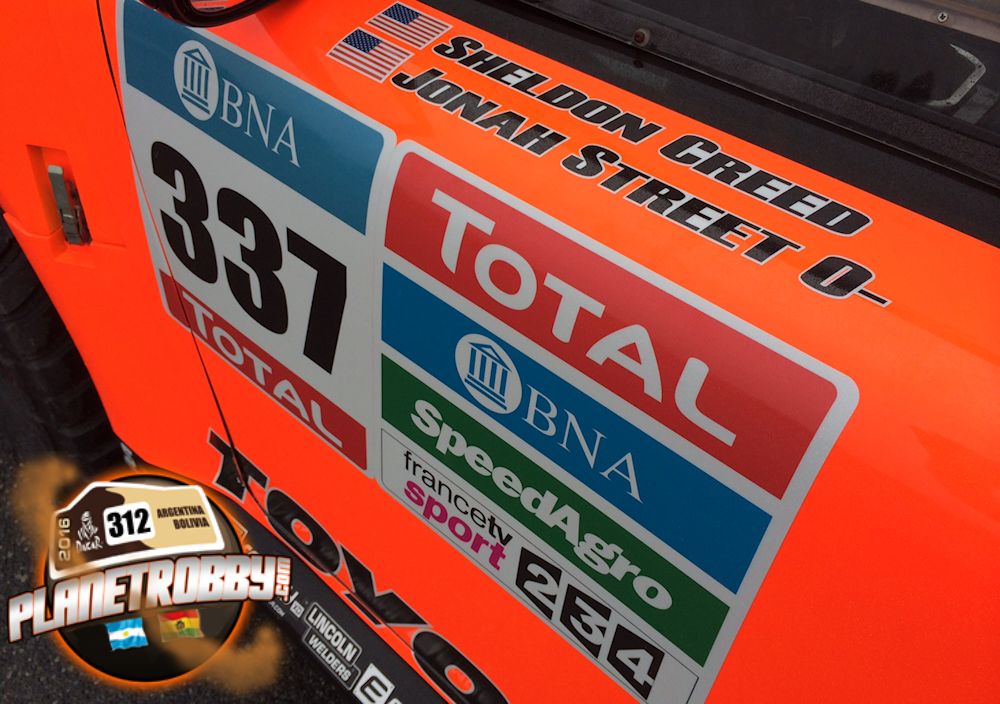 2015 Stadium SUPER Trucks champion Sheldon Creed will be the driver of Gordini #2 in the 2016 Dakar Rally. Veteran Dakar rider Jonah Street will be the navigator. Stay tuned for more details!

What does that plate say ?

The cars have made it to the airport and will soon be on the way to Argentina!

Permalink Reply by Kevin Meyer on December 17, 2015 at 12:56pm
Good luck and Godspeed. Soon enough RG and Creed will be ripping it up in Buenos Aires before the event starts. The fans will go crazy.

"Sheldon Creed puts on one hell of a show in the Stadium Super Trucks series; where a thick pack of longtravel trucks elbows each other over jumps and around turns. The legendary Robby Gordon has taken notice, and is putting Creed on his team in the toughest off-road endurance race running.

Gordon’s Speed Energy racing team for the 2016 Dakar Rally will be Robby Gordon and Kellon Walch in the 312 car, with Sheldon Creed and Jonah Street in the 337 according to official fan site PlanetRobby.

Gordon may be a venerable monster in many manners of racing, but he’s yet to win the infamous Dakar Rally. He wants it bad too, which makes him so much fun to watch in the annual race.

Sheldon Creed’s own experience goes beyond doing jump between bigger races in a Stadium Super Truck, he’s been pretty successful in short-course off-road racing as well. But how he’ll handle something as long and complex and long as the Dakar Rally remains to be seen.

Heavily awarded off-road racer Jonah Street should be able to give him solid guidance as co-driver, and of course Kellon Walch has been riding shotgun with Robby Gordon for some time now.

I know Gordon and company have been testing and tuning like mad for the upcoming Dakar but the ridiculously long race requires a survival-focused strategy the Speed Energy team hasn’t really displayed much mastery of yet.

Of course I’m rooting for Gordon to do America proud and podium the epic race, but I’m almost more excited to see how the youngblood Creed does on his first true off-road marathon.

The race is going down in the beginning of January, we’ll tell you how to watch when it gets closer. Stay tuned!"