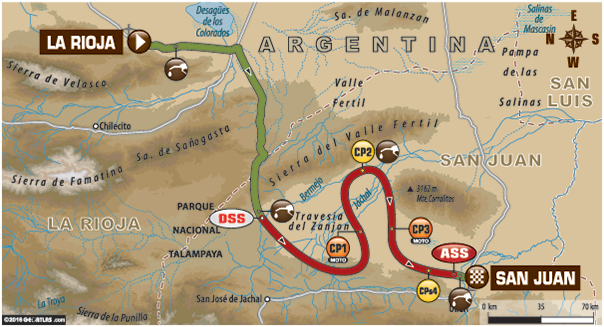 Permalink Reply by Kurt Poehlmann on January 14, 2016 at 11:09pm
The bottom line is that Robby needs factory support whoever that might be. This privateer stuffs not gonna work at the dakar anymore!

Yeah I think you are right, actually I know you are right. The Peug team are putting serious money behind the effort and have more cars therefor more chances to win. I also think that the NA engine especially in the mountains is a issue. I think Robby may have to go the Turbo route as well. He is just not fast enough in the current car to compete with the big boys.

Permalink Reply by Robert Ryan on January 15, 2016 at 5:21am
True, car is slow. Other factor is more ex WRC people want to have a crack at Dakar, making harder to win. Carlos Souza was fast in that Chinese Pickup, with a 3 Litre Diesel. Difference was Souza, Chinese money and a prep team that are ex WRC

i am afraid to say it, but a stadium or Baja truck is not going to do it any more, the level of engineering has moved way out of that league. Nose up tail down stance looks impressive, might land well at jumps, tail out in corners, but is slow in corners, it looks good but is not fast. We like Robby's antics and the color he brings to the sport down in South Africa and hope he continues racing in the Dakar
The Century buggy running a 7l Corvette motor behind the driver looks promising, and worth having a look at, stil under developement? They started to clock a few very fast stage times the past two days, two entered both still running!

There are roumers In the local press that the orginisers, Levine had meetings in Angola in December, looking at bringing the Dakar back to Africa, using Angola, Namibia and South Africa, any news on this States side? I would include Botswana and drop Angola, there are still thousands of landmines, mostly ours not lifted after the 15 years war with Cuba and Russians

Permalink Reply by Robert Ryan on January 15, 2016 at 5:24am
Has not been working for the last 5yrs. He is not going to become one of the team players. So he is stuck between a roack and a hard place.

Cheating French allegations in this years Dakar is going arround now in South Afrian media as well, even Geniel made comments! The main gripe is the shortening of stages, the moment the Minis and Toyotas (4wd) were closing the gaps to the (2WD) peugeots in thick sand sections.

Everything you are all saying lends to the validity of RG's statement.

If he wanted to be a paid paperboy/delivery man he would have stayed with VW or taken the next interesting offer that came along.
He did not, just as he never stayed at RCR when they gave the car no one could win in, until Robby got in it, the Lowes 31 and gave it to Jeffie Burton. They offered him another ride but he left and did his own thing which even though it never worked out it was His Thing.
Much like starting Speed Energy on his own rather than pimping Red Bull or Monster.
He, against his own inner desire I believe, cut his losses when he seen the cards that were, also as I believe, stacked so heavily and unfairly against him he would not accomplish the standards he was capable of.
Now I believe he has once again come to the point at which he has said enough is enough because, as was mentioned above, the thrill of winning Dakar as a privateer has been lost to Corporate Scandal and BS.
Robby is a survivor and will continue to do shit his way because that is the man that he is.

WELL SAID.....!! Dakar will end up like the INDY 5OO,IROC,and NHRA dumping JR. STOCK. This year they gave PRO STOCK the kiss of death.