RG to be a guest judge on new Tru-TV servies

In each episode, the contestants will have the ambitious task of creating new, fully functional (though not street legal) concept cars based on a theme that will showcase the each competitor's unique personality. The designs will be judged by Jean Jennings, president and editor-in-chief of Automobile Magazine, and internationally renowned car designer Harald Belker.

Each week will be centered on a different theme, such as car character designs, which will tie in to the release of the new Michael Bay movie "Transformers: Age of Extinction"; body shape design, which will have the designers turning a Chevy SS into a NASCAR racing machine; and custom car designs, which will involve a Hot Wheels tie-in. Themes will also focus on different areas of car design, including technology, interior, body trim and functionality. The series will even touch on the automotive needs of busy parents and small business owners.

Competitors will be judged on their creativity, execution and forward-thinking design, among other criteria. The field will narrow with each elimination challenge until only the top two designers remain. These two competitors will then face off in front of Chevrolet's world-class car design experts, after which only one designer will be crowned "The Next Great Car Designer."

The winner of "Motor City Masters" will receive a new 2014 Camaro Z28 and $100,000 cash. The winner will also be named a brand ambassador for GM, with the opportunity to showcase his/her designs at major auto show exhibitions.

truTV has ordered 10 episodes of "Motor City Masters," which is produced for the network by Bunim/Murray Productions and The Story Lab, a division of Aegis Media.

Sweet. Will he be on for all ten episodes or only a couple?

Permalink Reply by mj on May 21, 2014 at 2:46pm
Sounds kinda cool like Monster Garage meets Overhaulin . Sorry my photo is blurry but here's my entry. 29 ford -69 Jav rear deck with the fenders for hodd scoops exhaust manifolds for door handles ETC eTc. 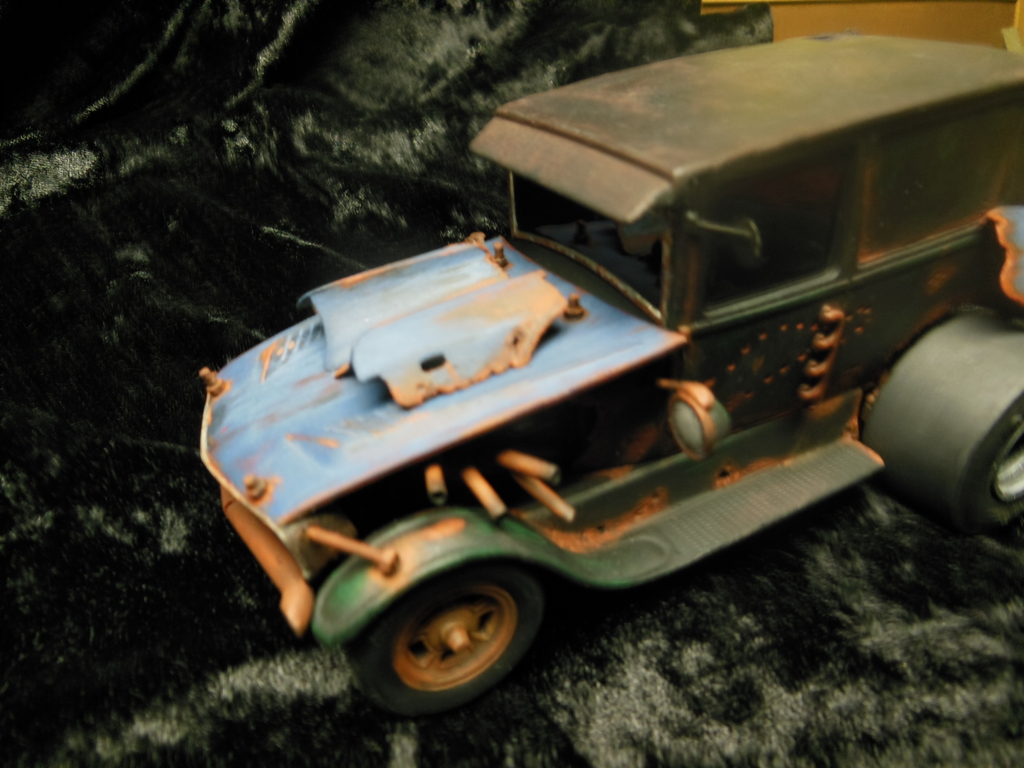 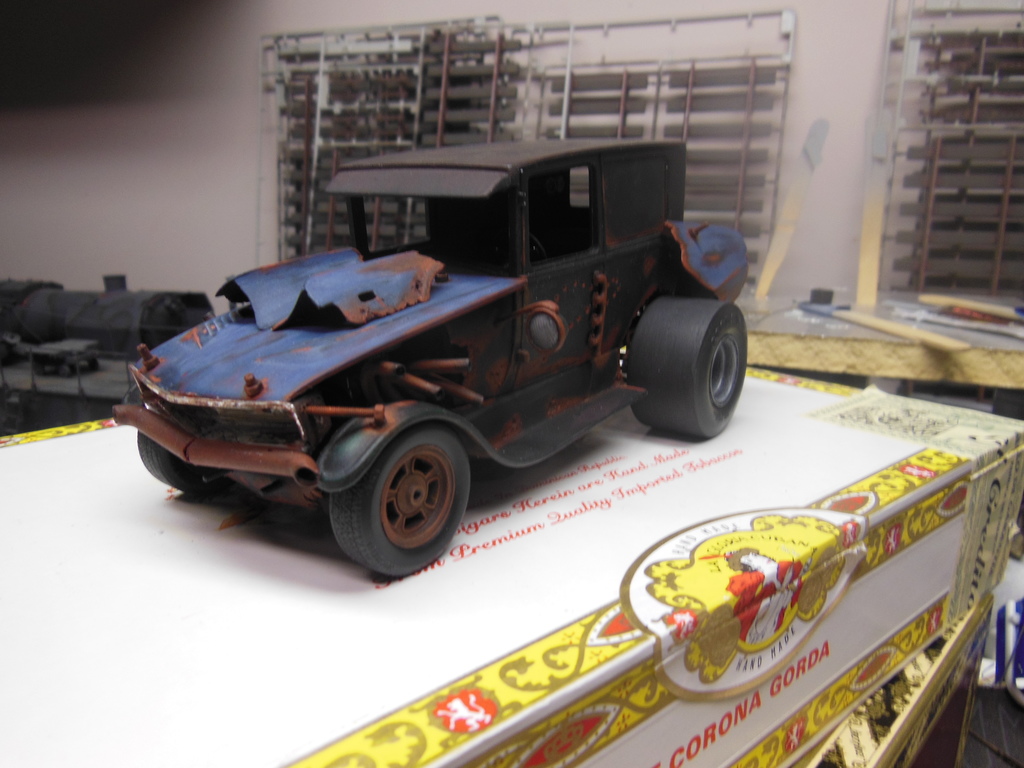 "RatRod" contest my chapter of IPMS had at our show last April............front bumper is header collector sections..........looks friggen cool from the rear as well and from a "car guys" stand point I believe that's a very important aspect. I'll have to see what this show ios all about I just hope it's not all this trimmed nails this is my lifes story bullshit. 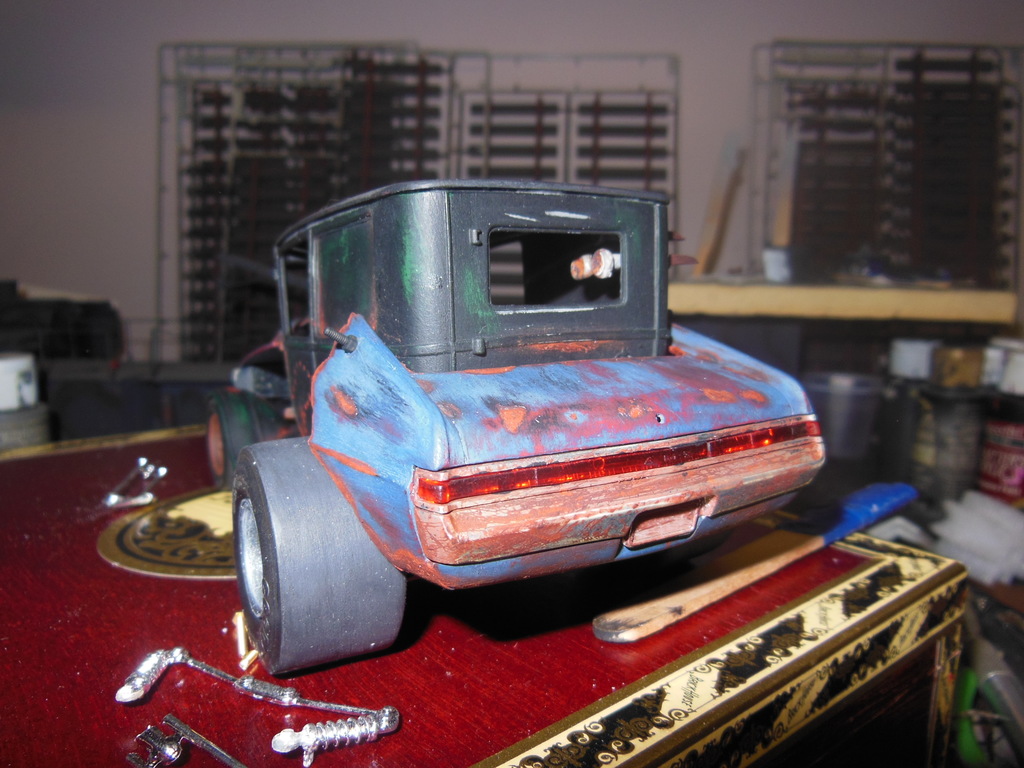 Permalink Reply by mj on July 8, 2014 at 9:58pm
Anyone been watching the show ? It's really kinda cool . Robby ain't been on yet but , so far I like the show .
Episode 1 - they had to create a 2015 concept car using a Chevy Malibu
Episode 2 - they had to make a new Transformer from a Chevy Sonic
Episode 3 - they had to make a sports / beach runner using a Silverado Truck .
Each week they have a singles task to do to try and win immunity , they then break into teams to create the weekly tasks . With the losing team losing a team member .