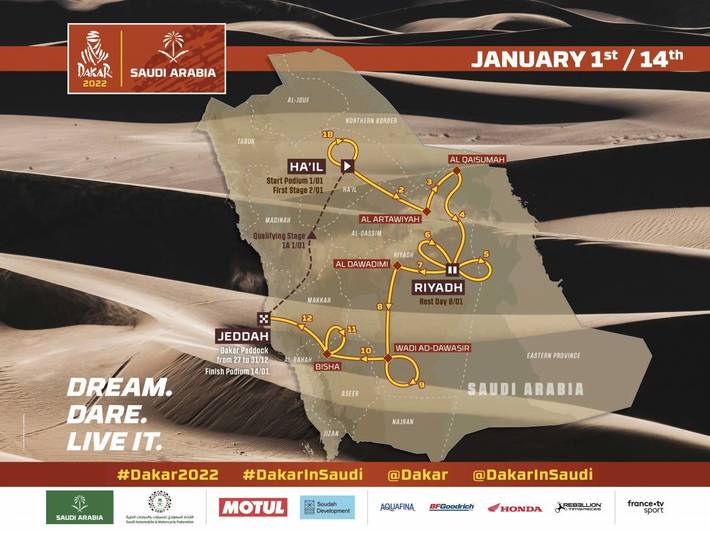 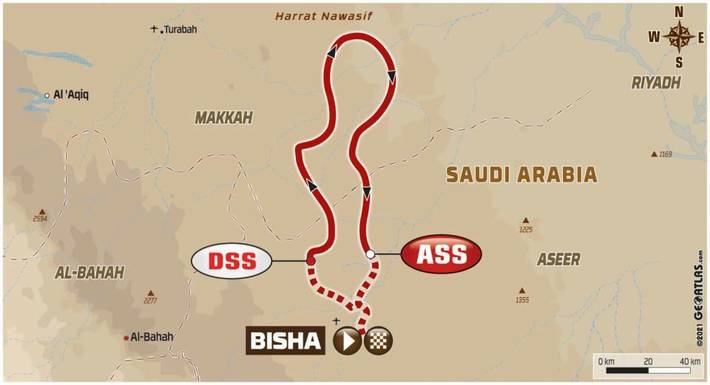 Stage 11
Moto: Sunderland regains the lead of the Dakar
At the finishing line on special number 11, Kevin Benavides has achieved the best time, 4'' ahead of Sam Sunderland, 2'26'' in front of Hero’s Joaquim Rodrigues and 4'54'' ahead of Matthias Walkner. Pablo Quintanilla has finished in 6th place, 7'40'' behind the winner, Adrien Van Beveren in 12th place, 21'33'' behind and Joan Barreda in 16th place 25'10'' behind. Toby Price, who opened this morning, completed the stage in 18th, 30'47'' behind the Argentinean. In the general rankings on the eve of the finish, Sam Sunderland is the new leader of the Dakar with an advantage of 6'52'' over Quintanilla and 7'15'' over Walkner. VBA is in 4th position, 15’30’’ behind his brother-in-law and Barreda occupies 5th place, 27'54'' behind the British rider. A GasGas, a Honda and a KTM are within a time bracket of scarcely more than 7 minutes. A little more than a quarter of an hour down, the official Yamaha rider will start the last 164-km long special in 15th position, while the three riders in front of him in the overall classification will start grouped in the top 6. It is far from over yet regarding final victory or for the podium… The last stage of the 44th edition of the Dakar will be decisive!
http://trackingdakar.com/en/stage-11/bikes/waypoints/

Car: Sainz reaches the finish
Carlos Sainz has just reached the finishing line on the day’s special. The Spaniard has led since the 126-km mark and should have done enough to win the stage, but we will have to await his rivals such as Lucio Álvarez and Sébastien Loeb to discover the composition of the day’s podium.
http://trackingdakar.com/en/stage-11/cars/waypoints/

LW Proto: Number 11 for Quintero!
Seth Quintero is the first lightweight prototype driver to reach the finishing line. With a lead of more than a quarter of an hour over “Chaleco” López, his nearest pursuer today at the previous time check point, the young Californian can afford to start celebrating his 11th victory of the year. López has just entered the last section with lead of 8 seconds over Sebastian Eriksson, who is second in the general rankings, almost half an hour behind the Chilean. Unless he breaks down, López is heading for the lightweight prototype title.
http://trackingdakar.com/en/stage-11/prototypes/waypoints/

SSV: Marek Goczał wins, Farrés takes command
Marek Goczał has proved to be the quickest today at the finishing line of the special and wins for the sixth time this year. Gerard Farrés and Rokas Baciuška accompany him onto the day’s podium. By conceding more than 13’30’’ to Farrés today, Austin Jones has lost the lead in the general rankings to the Spaniard. Farrés now boasts a lead of 1’41’’ over the American and 17’59’’ over Marek Goczał. Everything will be decided on the way to the final finish!
http://trackingdakar.com/en/stage-11/sxs/waypoints/