As of 12-4-12, there has been NO ANNOUNCEMENT from RGM about it's plans for the upcoming 2013 Dakar Rally. The entry list at Dakar.com is NOT the final entry list. With the rally starting in Peru ( instead of Argentina ), it's almost 3,000 miles closer than past rallies for shipping the vehicles. I believe we should hear something official very soon. Keep in mind some of Robby's 2012 Dakar plans didn't take shape until late November / early December 2011.

Eric Vigouroux and Cevy Protruck officially entered the Rally, love to see RG show the new 2wd entries how it is done!!

Vigouroux won the Tunisia Rally in a Chevy a couple years back. He drove the 2nd Hummer for RG back in 2009 to a 13th place overall finish (RG got 3rd overall that year). If he can keep it in one piece he should finish near the front.

His most recent win in the Chevy was just last month -http://rallyemaroc.npo.fr/classements/Etape_6/rallye_auto_general6.pdf
I'm not sure if he builds his own trucks or not, but he lives in La Jolla, so I think we can list him as another American built 2wd on Toyos. 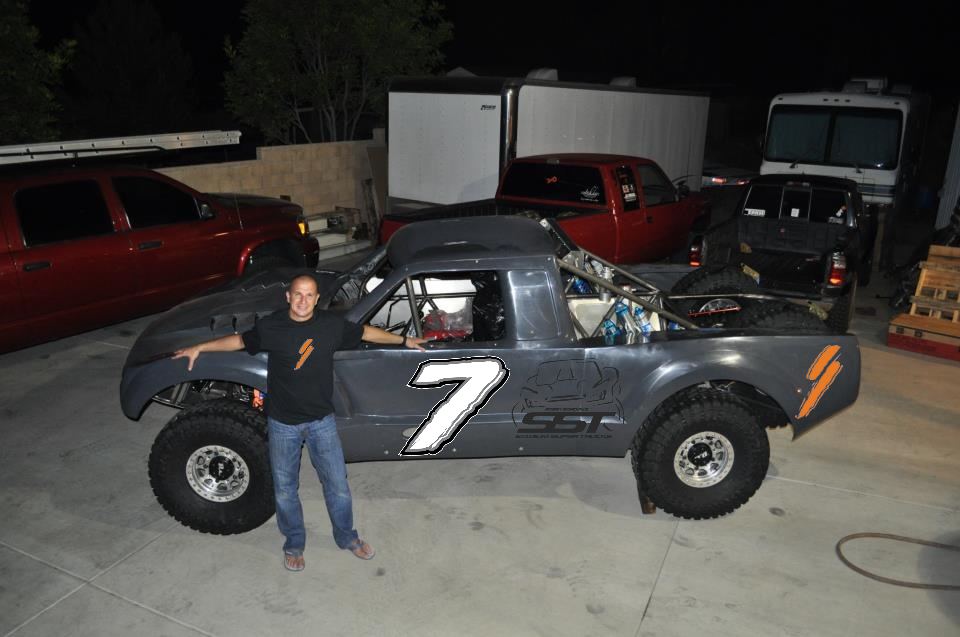 Plugging in the universal translator:

Victor Mastromatteo making strides in the project that aims to end the Dakar 2013. The Argentine, Chilean resident for over 22 years, will be competing with a prototype being built in the United States. The truck prototype consists of a chromium molybdenum tubular chassis, engine models Chevrolet LS3 V8, 6.2 liter 550hp, sequential gearbox Albins 4 × 2. The suspension is composed of a double wheel damper, double bypass. Body composed of fiber-reinforced resin kevlar. Electrical System of competition. Tyres Toyo Tires 35 × 13.5 R15 tires and brakes with ProArm Usa, among other things. Victor design it this prototype in conjunction with U.S. consolidators. His companion seat is Chilean and the experienced boater Americo Aliaga cross country rally, with over 9 years of experience, four times champion of Chile, various international races and winner of 3 consecutive Wild Card for the Dakar. Victor has already competed with Americo and says: "We understand very well, he feels very comfortable with my management and me with his riding style, is very quick to make decisions, reads very well the dunes and the different types of land I want good results is why I chose to run with the best chili navigator ". The team structure is called Booster Racing - Mastromatteo - Aliaga said the pilot. The van will be assisted in the Dakar by a group of American mechanics and accompanied by a complete workshop truck T5, Volvo 6X4