AMA Hare & Hound Champion Kurt Caselli succumbed to the injuries he suffered while competing in the SCORE Tecate Baja 1000 in Baja California, Mexico, earlier today, November 15. Caselli was 30 years old
Before I start my engine Lord I need to talk to you. And ask your blessing for what I'm about to do. I give you all the credit for it's only by your grace, that I am at this starting line, to run another race. The road that lies before me now uncertain it may be, but I can face this challenge.Amen That is so cool Mike, thank you.

This news is just so heartbreaking and the tears flow each & every time I read it. 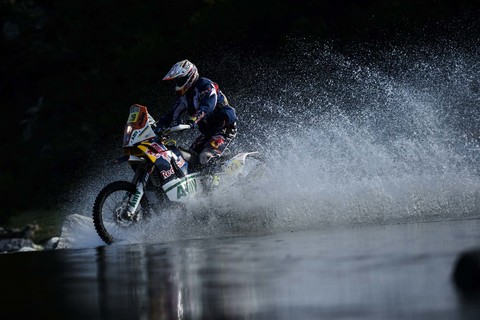 May flights of angels take you to your rest Kurt.

This absolutely unbelievable! To think he may have been killed by a booby trap is fucking shocking!!! My heart fealt prayers go out to Kurt's family and friends. May God rest his sole...

from cyclenews.com
SCORE International, the desert-racing sanctioning body of the SCORE Baja 1000, issued a statement regarding the death of FMF/Bonanza Plumbing KTM Team rider Kurt Caselli.

The release stated that Caselli died of serious trauma that incurred “when he apparently lost control of his KTM motorcycle in a sandy, high-speed section at approximate race-mile 792 while his team was leading in the late stages of the 883.1-mile international desert race.”

The release also said that the accident occurred at 4:30 p.m. local time Friday and made no mention of any kind of man-made “booby trap” that Caselli may have encountered, which might have caused the accident. There have only been rumors to that effect but no confirmation.

“Our desert racing family has lost a very special person in Kurt,” said SCORE President Roger Norman. “Kurt was a superb racer and this is a tragedy that affects us all. We extend our deepest condolences, thoughts and prayers to the Caselli family. Their loss is immeasurable and we grieve with them.”

You know, I have a small issue with the 'when he apparently lost control...' bit. From what I've seen, he was the most 'in control' rider of any bike I've ever seen. That just seems alittle lame to me.