Robby Gordon is competing in the 2017 Vegas 2 Reno race.

or go twin belt or sprint car style, since this engine is really more like a gasoline sprint car engine 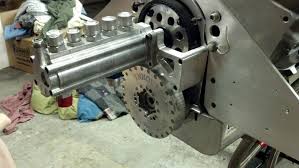 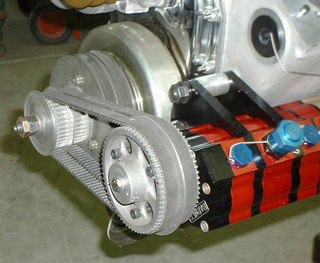 but what the hell do I know?

I would have suggested a pump driven off the main shaft of the Albin's , but, if there is a torque convertor failure (Parker?) it would also pop an engine.

BTW, what went wrong with RG TT? do we know now?

Taken From RDZ: The catalyst of this discussion obviously being what occurred this weekend with Alex / Quad 450 and Cole Potts in his TT. But let me put some rumors to rest that I have seen the last couple days. Keep in mind there are only three people that witnessed what happened and one of those has zero memory of the event.

The Potts TT struck a quad in the rear as it pulled back onto course after reportedly yielding to another TT. The quad had his tracker / pass alert on his quad although it will never be known if he got notification of the truck coming.

Cole and his co-driver stayed on scene along with several other teams until Alex was air lifted to me back to 251 to treat and transfer to a medical helicopter. Cole then continued on and turned the vehicle over to Robby at the next pit.

Alex has a very long road to recovery but appears that he will not need any surgery despite several back fractures, rib fractures, two bleeds in his head and a broken scapula. Undoubtedly, the helmet (which stayed in tact) contributed in saving his life.

***NOTE*** all of this information has been released by the family on numerous social media outlets and is no longer protected information. it also confirms BLM escorted the Potts chase rig to the scene.