CHILICETO, Argentina (Jan. 6, 2015) – American driver Robby Gordon successfully rebounded from his mechanical failures on Monday in the 37th Dakar Rally with a solid 15th-place finish in his HST Gordini during Stage 3.

Starting 50th after a troublesome second stage, the Traxxas/Toyo Tires team was able to advance several positions before a punctured tire early in the run. After stopping for a new tire he was able to maneuver around several of the same cars he passed at the start, placing in the top 15 at the finish. Gordon’s time of 3 hours, 19 minutes and 28 seconds is impressive considering those that finished near Gordon’s starting spot ended up 30 to 45 minutes behind him. Driving aggressively and overtaking 35 cars on Tuesday’s 284-kilometer (176 miles) special puts him in much better company starting Wednesday’s stage, during which the field moves toward the Pacific Ocean and enters Chile for the first time.

Argentina’s Orlando Terranova won the stage in a time of 2 hours, 57 minutes and 28 seconds. South Africa’s Giniel De Villiers followed at 2 hours, 59 minutes and 22 seconds while Saudi Arabia’s Yazeed Alrajhi ran the stage in 3 hours and 20 seconds to finish third. Nasser Al-Attiyah of Qatar finished fifth in the stage, but maintains the overall leader of the Rally.

Only 100 cars started Stage 3, meaning that 37 teams have already fallen from the race due primarily to Tuesday’s marathon stage, which took a tremendous toll on the competitors.

Wednesday’s fourth stage (315 kilometers/196 miles) will take drivers from Chilecito, Argentina, to Copiapó, Chile, and at times will reach elevations of 4,800 meters (15,748 feet), which will challenge not only the drivers, but the cars as well. High altitude mixed with the summer temperatures of the southern hemisphere and the Atacama Desert provides a challenging combination. The final 40 kilometers (25 miles) takes place through the giant sand dunes and basins of Copiapó. Teams will be fortunate to have a good run and finish the entire stage in daylight.

Follow the Dakar Rally through live timing and scoring as well as live updates at www.planetrobby.com. NBCSN is providing daily highlights from 4:30 to 5 p.m. ET.

It was ......forget the reality of falling from the top 5 or what have you ...a flat tire and kicking ass "Twice" it makes you feel good don't it? I wonder how many peiople called their local papers to stir up awareness..? 2......two, me and the name change I used to fool em.......no foolin' lazy do nothings though...you can't....you can't trick a lazy person without "doin'em".....Next step will be close to the black and white Santa suit clanging the COW BELL as "Dark Santa"...you want to find a coward.....just show up dressed and ready then watch the curtains ..........

There must be some kind of confusion here ... Robby's run Dakar on Toyo tires for ...

Sniffing the paper trail ... the source of these PR's ...  http://www.robbygordon.com/news/author/robbygordon

Impressive run today passing 35 competitors considering the puncture. Tomorrow will be a tough challenge. The altitude alone must have an impact on man and machine. I've dragged myself to the top of Mt. Rainier (14,410') and the altitude was very difficult. I cannot imagine driving at the level of these drivers at the altitudes they face on stage 4. Gas on Robby! 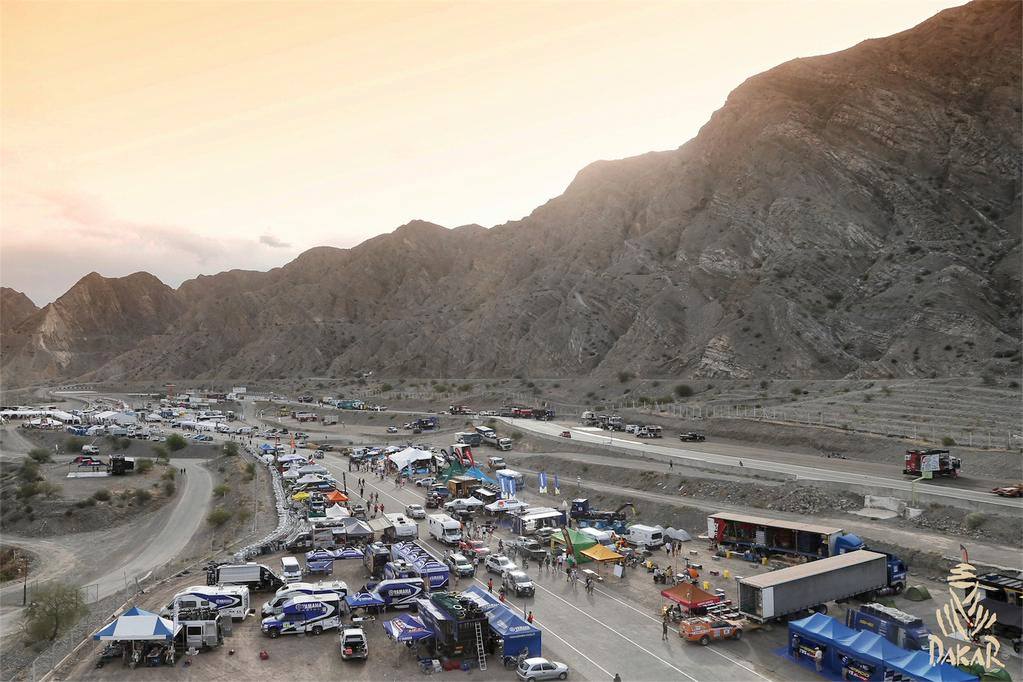 Tonights Bouviac Thanks Freedom Rally for the picture

I see Robby"s camp on the left, nice private area