Join in and discuss all the action from Stage 5 of the 2015 Dakar Rally. Robby Gordon had a disappointing 47th place finish in stage 4. The special section of Stage 5 is 458km long. Robby Gordon start time: 10:49am/et, and he will be the 18th car off the line. Gordon sits 39th in the overall standings, 5h47m behind. Raceday chat will be available throughout the entire 2015 Dakar Rally.

This is the first of the rare special stages in which all categories will compete. At the start of the race, the most confident drivers will be able to take advantage of the fast tracks to try to move up in the overall standings. But the temptation to do so may be risky, particularly in the hard-to-handle fesh-fesh areas where absolute self-control is the only guarantee of success. Overtaking here requires precision handling to the extreme. 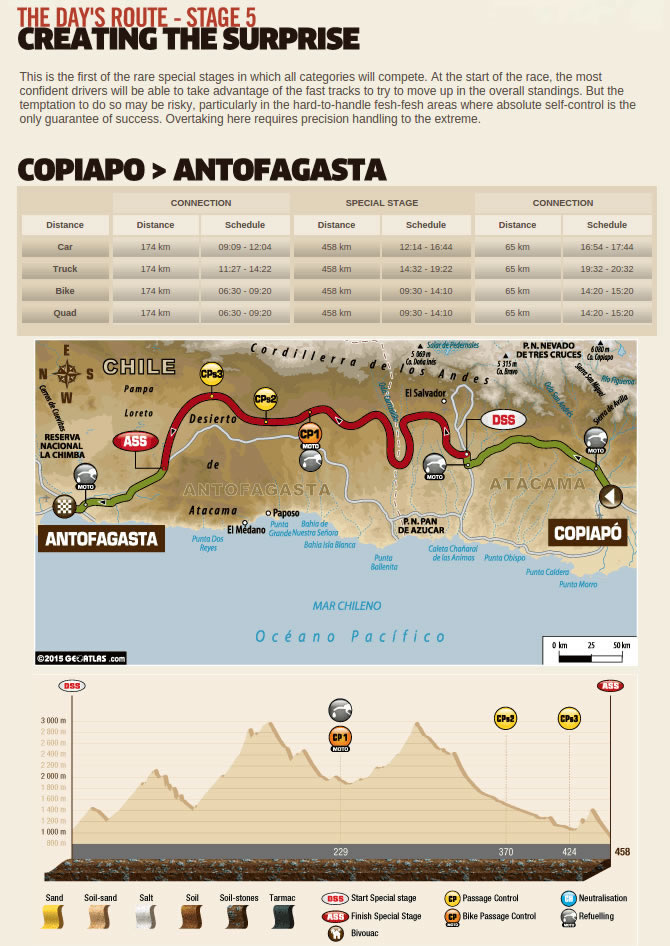 Exercised one of his allotted "Elite Driver" mulligans.

Permalink Reply by roy on January 8, 2015 at 12:04am
This should be fun to see. Sainz and Terranova starting just ahead of RG. You know Robby's gonna be feeling pretty racey and wantin to show those guys his speed! Fingers crossed we have a problem free day!

Permalink Reply by Ariel Fernando Ramirez on January 7, 2015 at 11:47pm
I want to say... go robby!!! no matter your possition in this race, just keep flying for us. That is all we want. AGUANTE GORDON CARAJO

Permalink Reply by Mike taylor on January 7, 2015 at 11:58pm
Image from http://www.asphaltandrubber.com/wp-content/gallery/dakar-rally-fesh....

thanks for posting that.... wild, crazy and cool at the same time.

Permalink Reply by Greg Jerome on January 8, 2015 at 12:02pm
Awesome shot! I don't want to be behind any of these guys in this section.