Join in and discuss all the action from Stage 2 of the 2013 Dakar Rally. Robby Gordon has a 30 minute deficit to overcome, after experiencing gearbox issues in Stage 1. The terrain of stage 2 is nothing but sand, so it will favor Robby Gordon in his quest to make up lost time. The cars are slated to begin the special section of stage 2 at 10:00am/et and Robby Gordon is slated to begin his special section at 10:55am/et  Raceday chat will be available throughout the entire 2013 Dakar Rally. Raceday chat now works on the Ipad & Iphone.

Like every year, more than 25% of the competitors will discover the Dakar for the first time. With this stage, they will be immediately immersed in a sandy environment and cross gentler dunes. Their initial endeavours will allow them to test and adjust their driving techniques, but also to sample the delights of shovelling sand for some, while several engines will overheat for the first time. During this stage where there is only sand, the minor scares at the beginning of the special stage will not stop the majority of drivers and navigators from savouring a constant treat for the eyes. In terms of aesthetics, the scenery borders on perfection. 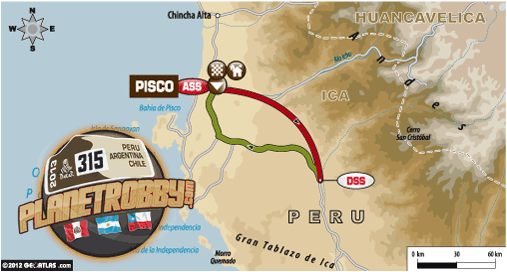 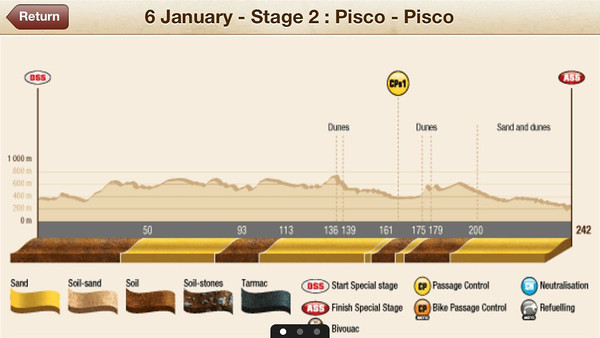 yes ... these lady's car sounding like sewing machine are damn fast .
i do think that robby did his best today the truck seems to swallowing what ever thrown at it .
now the navigator can do the little something that will do the difference .

what physical position did we leave today (how many cars started ahead of us)?

wow, that's a surprise. hard to believe any of the cars wouldn't be a lot faster than even the fastest truck - especially the Hummer

sometimes it's about navigation

The Hummer is a lot faster..

Thats more like a Coca Cola delivery size truck with like 800 HP. Nothing to be ashamed about not being able to outrun it.

Rob needs to pick-up 3-4 mins. per stage on whomever is leading, he has to be fast but smooth, no time for theatrics.

If I'm reading the results correctly - RG was 11 minutes faster than Sainz today.....that's impressive and "ample".....should make for some good TV tonight.

Hmm, depends on how ya interpret the data. Sainz made a nav mistake along the course, but on the course he was much faster then RG. Saints clawed back substantial amounts of time from halfway on, like 5 minutes compared to RGs pace. And that was done with the infamous Buggly..

"I love Mini Drivers because they are girls" … What Mini crew and the other riders of the Minies have to do with what Peterhansel said?

If Robby Gordon had that attitude after making a great end result ahead Minies and Buggies I accepted his attitude. But before the race started, his attitude is like someone already wins the race.