None of the drivers in the Dakar consider it over until they reach the end of this final day; and for good reason, because every year at least one competitor retires during this final stage. Caution is the name of the game on the fast tracks of the special stage, at the very least for those who haven’t got a position to defend. Because reaching the podium of the 2015 edition at the Technopolis in Buenos Aires is the ultimate goal which they have come to achieve. 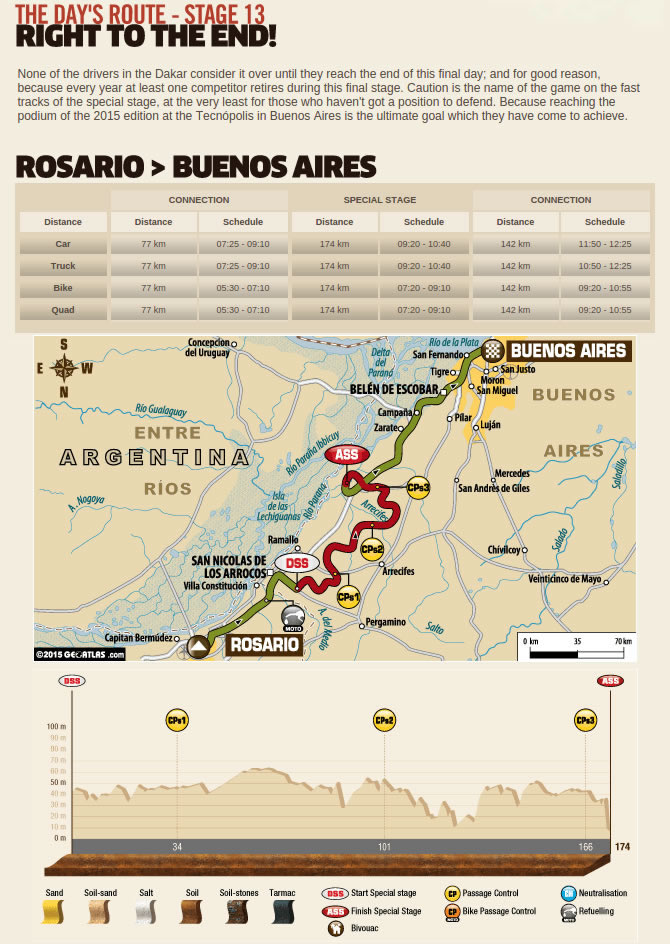 In the home stretch!

Permalink Reply by Steve Romo on January 16, 2015 at 11:37pm
Amen, to the finish. Sending good thoughts your way

Damn, earlier yet start time. 9:01 am/local, OK ,see ya in the early morning

Drive it like you stole it you've got nothing to lose. Thanks be to all that provided info, photos, and video for this years' Dakar. The content that PlanetRobby provides makes these two weeks of racing so enjoyable to follow every year. American race fans don't know what their missing!

Kinda sad it's almost over although things have been backing up at work. I'm up for another week of this if The Gordini is.

it will be interesting to see the Mini strategy. Who will stay with Nasser? Who will be allowed to go for the win?

Good Morning Mike, it's even early here on the east coast.