The change of terrain which marks the entry into the second part of the rally should also mark a change in programme for the drivers, who will face the first dune sections of the 2016 edition. Experts in dunes crossing will have an opportunity to demonstrate their skills and even gain an advantage. They will also notice the navigational difficulties which have been introduced this year to complicate their existence. Louds of minutes could be lost by vehicles blocked in the sand. 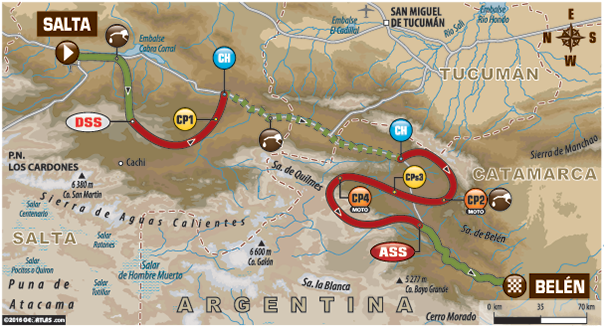 Hope that second part of Dakar will be better for the team.

East coasters get the prime time for this race. :)

Lets hope the drop in altitude favour the V8's, the stage times of the lower section of stage 8 will be a good indicator for the rest of the rally, this is probably also the dunes area?

Hope the post rest race goes well enough to get folks feeling better about all that has happened thus far...there is a member of the planet MIA...hope all is well