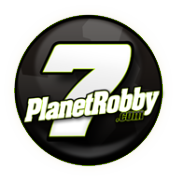 Help Me Out Here

I've been a long time Robby fan and have finally come to be a NASCAR fan as well. I originally started watching NASCAR when the company I worked for sponsored and still does Robby. He has been through the gamet of car manufacturers, this year Dodge. My understanding was that we was suppose to get some help. I and I'm sure Robby, have been a bit bummed by the performances. The other Dodges seem to at least run mid pack and forward. Why is Robby having such a problem with the set up and keeping up with the track? Can somebody give me some clues, I love the guy but it's tough to watch? Thanks

Permalink Reply by Mike Kenyon on May 4, 2011 at 4:56pm
Plus the fact that Na$crap has to approve all advertising partners in all three series,regardless if they are in competition with Na$crap's "official of". Makes for tough sledding.

Permalink Reply by Michael Kozlowski on May 5, 2011 at 7:13pm
George W. Bush gave Citibank a bailout, and then they used the money to give themselves bonuses, throw parties, and buy the naming rights to the new baseball field that the Mets play in. Oh yeah, and they sponsored Matt Kenseth.