Anyone have details on Nani Roma's crash in stage 10

The Dakar damn Nani Roma has ended as it began, disastrous. The winner of last year attempted exit at the eleventh stage, but the organization has not allowed. The reason put forward is that had jumped several waypoints on the previous day, and nothing has served the appeal filed by his team Mini .

Roma suffered an accident on the tenth day, precisely because an error in the road book, which had not scored a sinkhole that catapulted the Mini Spanish. There patiently waited for his assistance, he came and repaired it. Instead of returning the stage route, Nani returned to the camp by the shortest route, ignoring several checkpoints. Appeared in Salta at 22:45 and mechanics were working all night to leave the vehicle ready.

The organization was included in the list of retirements, but Mini appealed commonplace in Dakar and also in this case arguing that the accident was an organizational mistake, and Rome is headed for the exit. But there was told he could not get out, I was definitely excluded.
http://motor.as.com/motor/2015/01/15/mas_motor/1421324778_429541.html 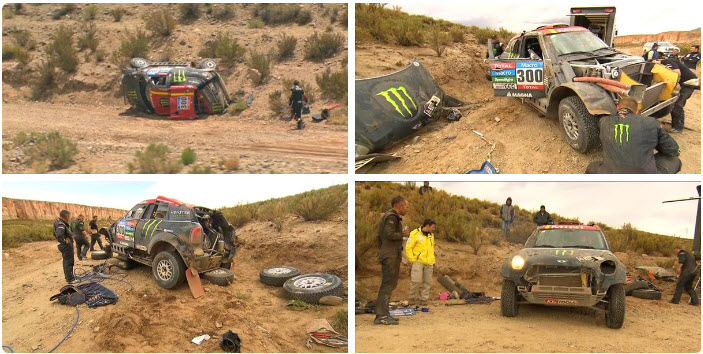