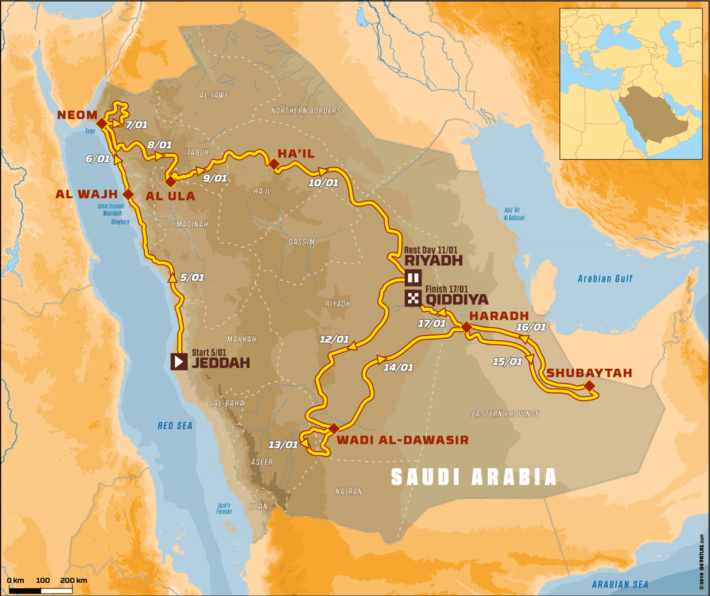 Who do we have from America Mike ?

Ricky Brabec and Andrew Short are in the bike class.
Casey Currie is in the SxS class again I believe.

I was thinking cars. But yes. I love the commercial with Currie. He talks about having no idea how hard it was coming in the first year. How tough it is. All the things RG has been saying for years.

It is the toughest race in the World by a long shot. Although having it in one country MAY make it easier

Cars
#344 Bobby Patton/ Robby Pierce- Toyota I don't know who Robby P is but Robbie Pierce is the owner of Jimco, Bobby Patton drives a Jimco in SCORE events, Co-owner of the LA Dodgers. I hope they at least have fun.

I failed to mention, I'll be watching #310 Alonso with Marc Coma. I'm betting on Marc helping Fernando to an amazing DAKAR 'Rookie' performance.

Hope we do not jinx Fernando, but that was what they expected of Fernando when he was entered into the Mclaren entry at Indianapolis. Organisation of that effort was pretty bad and Alonso did not even qualify.Unlike his very impressive effort when he first ran Indy